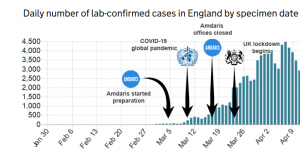 Identifying and solving problems before they arise is an integral part of the Amdaris company culture. It is what we call “bringing our A-game.”

For example, we maintain a detailed risk audit of all client projects. These are updated regularly, and when risk rises to an unacceptable level we take action to reduce it.

We apply the same principle to our own internal operations. For several years we have prepared for the possibility that local conditions might require us to shut down one office and relocate staff and resources to another. Plans were prepared in each of the four countries we are based, and we even ran successful cross-border drills to practice for such an event. But what happens if every office must close at once?

This is how we prepared for the unpredictable 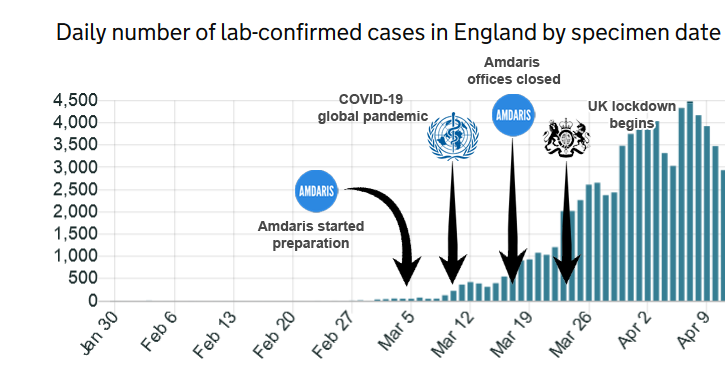 Every company in the world has been grappling with company-wide office closures for over six weeks now, and it is easy to forget how rapidly this situation developed. As recently as early March the idea of a global shutdown seemed preposterous.

Our internal preparation for a global lockdown began on 5 March, when the idea still seemed remote. At this time there were a few local lockdowns in parts of Asia, and handful villages in Lombardy. Italy’s nationwide lockdown, the first in Europe, would not start for another five days.

Members of our team raised concerns in internal discussions, however, and made the case that we should start preparing for substantial disruptions to our normal work pattern. National lockdowns in the UK, Romania, Moldova and the UAE were only theoretical at the time, but we listened and decided to invest in being ready for the worst.

As a company mostly composed of software engineers, getting our various developers, testers and project managers to work from home might sound straightforward. We had long ago moved most of our operations to the Cloud, but just being on the Cloud would not be enough to make us lockdown-ready.

Some coding (depending on the project) could be done on laptops, but much of our development work requires high-performance workstations with multiple screens and stringent security features. We asked every developer in the company to start preparing to work from home, and tell us what additional hardware they would need. Whatever anyone needed, we made sure they got it within a few days.

Having nearly 300 employees suddenly move to remote working also meant we needed to make sure our systems were ready. We upgraded our switches and backup routers and tested our backup channels repeatedly until we were confident we could withstand the increased traffic load.

As anyone reading this will doubtlessly remember, events developed very quickly in the first half of March. Not long after we began our preparations for 100% home working as a precaution, a full lockdown began to seem inevitable. On the evening of 16 March, Prime Minister Boris Johnson requested everyone in the UK to end non-essential contact. UK Amdaris office was closed the next morning, and oversees offices were closed a dy before.

Six days later, when the Prime Minister made an unprecedented address to the nation at 8.30 pm, announcing that new measures were being introduced to put the UK in a state of lockdown, we had already fully transitioned to new procedures without any loss of service. In fact, we have had only one technical issue arise across the entire company (a developer discovered that he had a faulty drive and a replacement was delivered to his home within hours).

Have Amdaris customers noticed any difference? No. In fact, the only feedback we have had is that customers think our productivity has actually increased during the lockdown.

Life in Amdaris during the lockdown

The move to 100% remote working has been such a success that it is certainly causing us to reflect on how we might actively encourage more of it in future. Working collaboratively in person will likely always be our first choice, but we now know it is not the only choice. 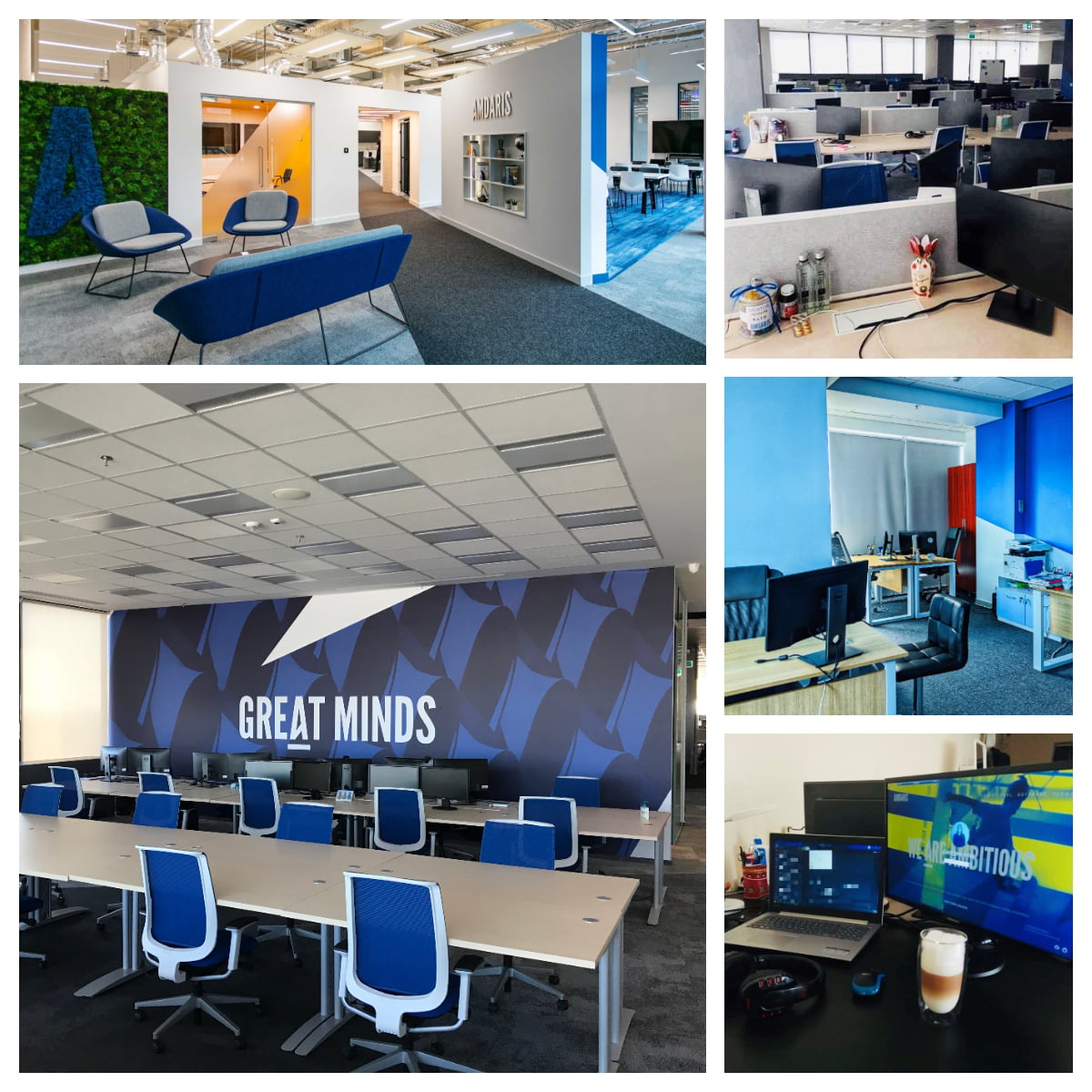 Having lots of technical expertise and a Cloud-ready business were necessary factors for our lightning-quick preparations, but these were not the real reasons Amdaris was so well prepared for suddenly having to shut our offices. What made the real difference is Amdaris’ unique company culture.

Each and every person at Amdaris has a different role, but everyone takes responsibility for delivering results as a team. We have management layers, but we do not allow them to filter out difficult messages – every idea is heard.

When members of our team started raising concerns about the news in Italy and China, we listened. And as soon as we decided that something needed to be done, it got done.

Remote-working has been in our DNA for over 11 years 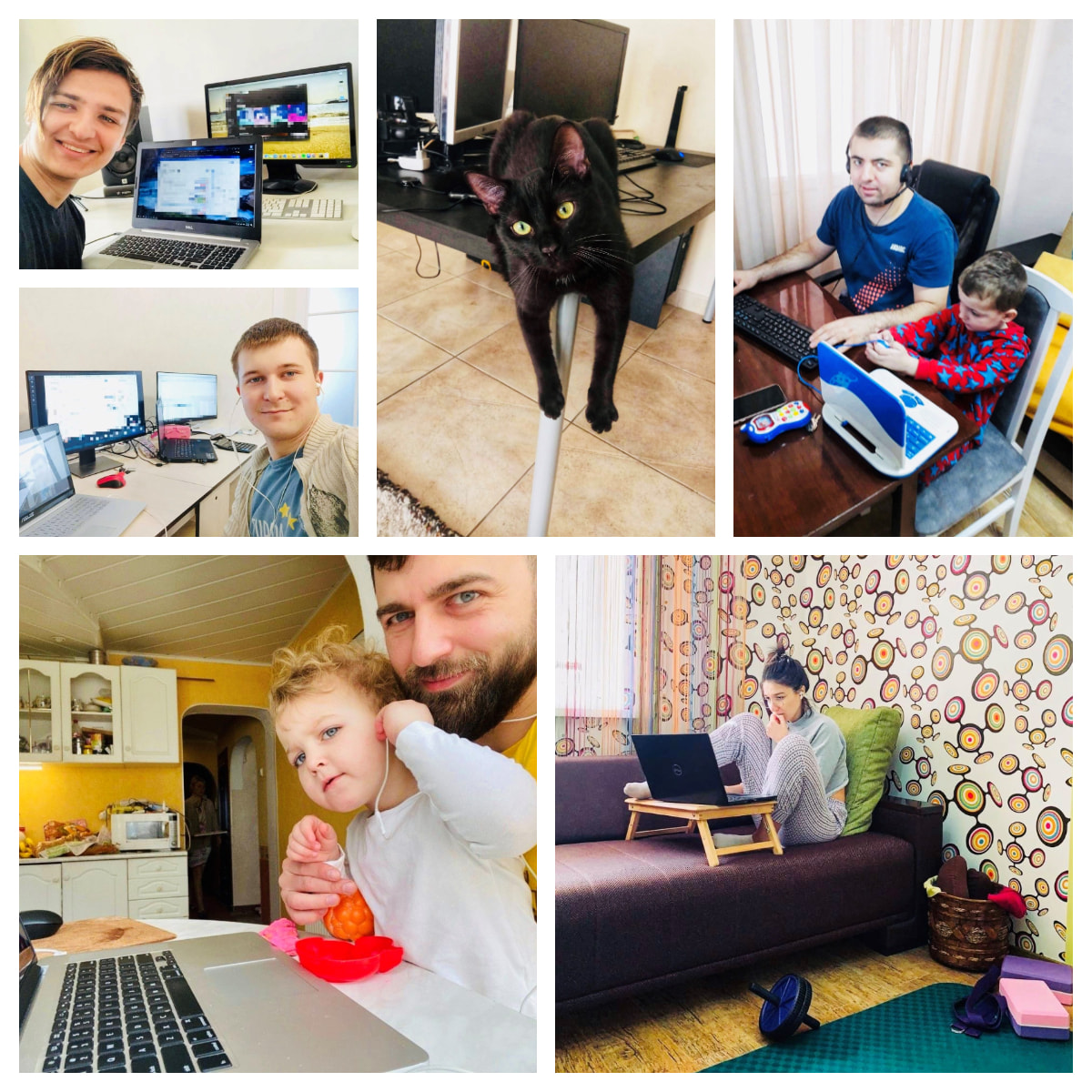 Delivering first-class projects without face-to-face contact is what we do every day for 11 years now. We bring this same attitude to everything we do, from internal procedures to client deliveries big and small.

If you want a team that solves your next big problem before it becomes a big problem, get in touch. We would love to speak to you.