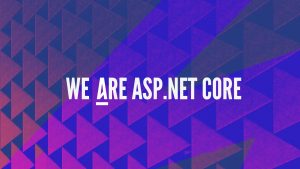 Microsoft’s ASP.NET Core is one of the most popular web frameworks for building web applications. One reason for that popularity is its versatility, but ASP.NET Core is still not the right choice for every project.

Here is a brief guide to what you need to know if you are considering using ASP.NET Core.

When Satya Nadella was appointed CEO of Microsoft in 2014 he started shifting the company’s focus more and more to the Cloud, and to providing a platform for developers and enterprises to develop apps there.

At the same time this new direction was being implemented, a group of Microsoft engineers started developing a new framework written in C#, originally called “ASP.NET vNext.” In what was a radical step for the time, they made their work publicly available on GitHub.

The new framework, now dubbed ASP.NET Core, was released in 2016.

ASP.NET Core is designed to be versatile. Developers can build and run cross-platform ASP.NET Core apps on Windows and Linux web servers.

We recommend considering ASP.NET Core for:

Which types of projects are not right for ASP.NET Core?

ASP.NET Core is a versatile framework, but not right for all projects.

There are a LOT of advantages for using ASP.NET Core for your next project (some of which have already been mentioned). Here are our top ten:

…is cross-platform
…is open source
…supports widely used programming languages.
…offers increased security over other frameworks
…is extremely flexible
…is cost effective compared to comparable frameworks
…is supported by a large community of users
…is backed up by Microsoft

Are there any disadvantages for using ASP.NET Core?

For all its advantages, be aware that not all .NET framework libraries are ready for ASP.NET Core.

Why is Amdaris the right development partner for using ASP.NET Core?

Amdaris is a “technology agnostic” company – we only recommend the software that is a best fit for our clients and their projects.

For projects that are a best fit, Amdaris’s developer talent is very experienced at using the ASP.NET Core framework.

As well, around 70% of our developers are skilled in using C# .NET Core, and roughly 40% of our projects are written in C# .NET Core.

If you would like to talk to someone at Amdaris about ASP.NET Core, or any other web framework, just get in touch.

Email ask@amdaris.com and let us know about your next plans. We will help you choose the best framework for making your project a success!