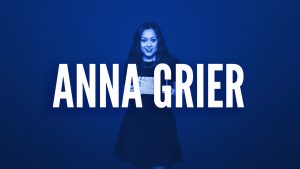 Amdaris clients regularly speak to developers, software architects and project managers, but there are many more vital team members they rarely get the chance to meet. One such person is the Centre Director for Amdaris Romania, Anna Grier.

“If clients do need to come to our Timișoara office, of course I am delighted to meet them, “ Anna explained. “Mostly I am working behind the scenes, helping to make Amdaris what it is.”

A typical day for Anna will include a long list of administrative tasks which keep the Timișoara Centre running, such as keeping the finances up to date, reviewing new legislation, or meeting with the marketing team. She tries to finish these as early in the day as possible and spends the rest of her time focused on her team.

“I’m responsible for employee satisfaction and retention, which is a big responsibility. I joined Amdaris in 2014 as the Talent Manager at our Moldova Centre in Chisinau, so HR comes naturally to me. We will probably hire a full time HR person for this office soon, in the meantime I love fulfilling this role. I love making sure my colleagues are happy.”

Anna’s passion for working in human resources is longstanding, and her determination to work in the field provided her with the experience that led to her current position.

After graduating with a degree in languages, Anna initially worked as a translator. After struggling with the lack of career progression, she took a job as a recruiter for an agency in Chisinau. Over time, however, she began developing an interest in HR, and was specifically drawn to the idea of working in a fast-moving tech company. Taking the plunge, she applied to work in the Moldova office of an international tech startup.

“I had no experience in HR,” Anna said, “so I’m not actually sure how I even managed to get an interview. I was absolutely not going to let this opportunity slip away, though.

“When the interviewer asked why they should hire someone with no experience I told them, ‘I will work for free for three months. If you don’t like my work, I’ll quit with no complaints.’”

Anna’s gambit paid off. She was hired, with pay, and within a month her employers were so impressed she was asked to run the office of thirty employees. It was this experience, running an office for a tech team, which led to the opportunity to take the reins in Timișoara.

After the previous Romania Centre director left in 2017, Anna’s management skills became very relevant. Initially she was asked to come to Timișoara for a three month transition while a permanent director was found, but ended up making the position her own. Still, making the move to a new job in a new country presented challenges.

“Moldova and Romania share a common language, but when I arrived I quickly realised there was a lot to learn. For example, Romania is in the EU, so all of the employment regulations were completely new to me.

“The biggest challenge really was coming in from outside to lead a team. I was used to the way things were done in Chisinau, and I assumed I could just do the same in Timișoara. But again, despite speaking the same language, these are two very different places with different work cultures.

“Fortunately, my team was there to help me make the transition. I needed to listen to them and be open to doing things in new ways.”

Since taking over the Centre Director role, Anna has helped oversee the expansion of the Timișoara centre from thirteen employees to over seventy in three years. She also organised the move to an exciting new 102-seat office in January 2020.

“For me, Amdaris is my second family now,” Anna explained. “I really mean this. I moved to a new country three years ago where I had no family or friends, and Amdaris became my new family.

“Amdaris believed in me. They gave me a complicated role, and when I could see they trusted me it gave me the confidence I needed to do the job well. That meant a lot to me.

“And my friends at the Moldova Centre still send me flowers on my birthday – they have not forgotten me!

“I love working for Amdaris because it is such a vibrant company. There is a real thirst for experience, and a desire to explore new technologies. Everyone is always up for a real challenge.

“We don’t have a strict, rigid management system which runs things from the top down. Instead, we all grow together.”