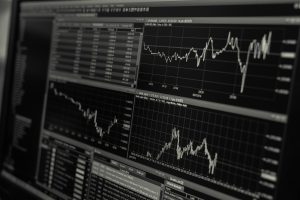 The benefits of Blockchain

First of all, it’s important to identify what blockchain is, to then understand it’s value. In fact, when you understand how blockchain works, it’s almost surprising that it has taken this long to catch on and wasn’t developed in the first place.

Imagine you have a Word document and you need someone to read through it and make any amends or additions. You won’t have access to their revised document until they have saved their changes and sent it back to you.

However, if you uploaded this document to Google Drive and invited them to make edits, you would be able to view their edits as they go.

Traditionally, data is stored and owned on different databases. In order to pass on information, you have to send the data and if any changes are made you have to wait to send the updated data.

It, therefore, becomes quite easy to lose track of different versions of the data and also takes time for the data to be passed from one user to another; where it has to go through multiple users.

Whereas blockchain allows the data to be continually updated, it’s controlled by any single entity and has no single point of failure.

It was originally created for Bitcoin in 2008, and since then, the Bitcoin blochchain has operated with no major disruption. Currently, any issues associated with Bitcoin have come from bad intentions, such as hacking, or mismanagement and human error; rather than flaws in the underlying concepts.

Blockchain helps create an element of trust. As no one user is responsible or holds complete ownership, there is an element of transparency. Blockchain could be highly beneficial in developing countries where corruption is high.

What does the future hold for blockchain? In all honesty, my guess is as good as yours. People didn’t fully understand or know the power of the internet when it first surfaced in 1990 as the World Wide Web, so who is to say what will become of blockchain?

However, leading technology companies are already investing in blockchain with Microsoft, Amazon, Oracle and IBM all getting involved.

But it’s not just cloud services who are investing, as Intel is developing blockchain systems to deal with data in a faster, more efficient way.

It’s an exciting time because it has real scope and potential, but where it will lead us, who knows?